Almond Butter Taste Test: It’s my party and I’ll salt if I want to. 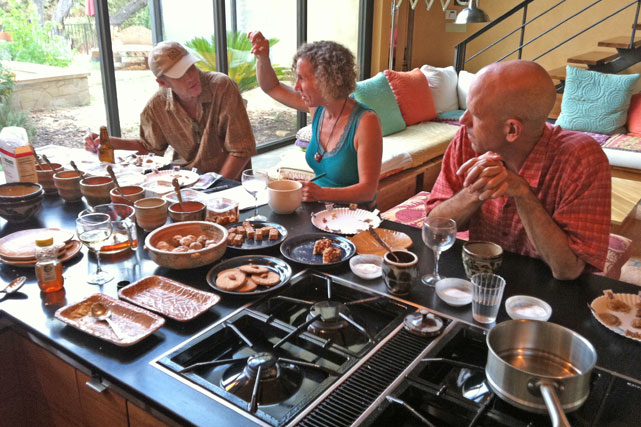 “Lord, grant me the wisdom to know when to pick my tomatoes,
the courage to flip my omelets like Julia Child,
and the serenity to accept that not all foods taste as good as they should.”

Even though I repeat this foodie prayer often, I still find myself challenged in the serenity department. Instead of accepting the Zen of cooking, I get hung up on worldly concerns: Why doesn’t fresh coconut taste as coconutty as a Mounds bar? Why doesn’t my cup of coffee taste as delicious as the freshly ground beans smell? And why doesn’t almond butter taste anything like almond extract? 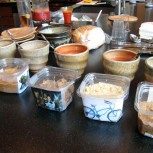 Clinging to the hope that perhaps I simply hadn’t found the right brand, I decided to hold a blind taste test party. Since this was my first official Gourmet Survivalist event, I went a bit overboard. I purchased six different brands of almond butter, made two batches myself, baked three different almond butter desserts, and designed image-coordinated questionnaires, tasting plates and product labels. (Although images are more likely to influence the perception of flavor than numbers or letters, I needed something to distract from the disturbingly fecal-looking samples.)

Each taste tester was instructed to choose his/her first and second-place winner, as well as their least favorite. There was some debate over the unfair advantage the pre-packaged salted versions had over the unsalted freshly-ground. We decided to allow each tester to salt as they saw fit; I salted liberally, while the purists among us did not. It didn’t matter in the end. The winner was obvious. 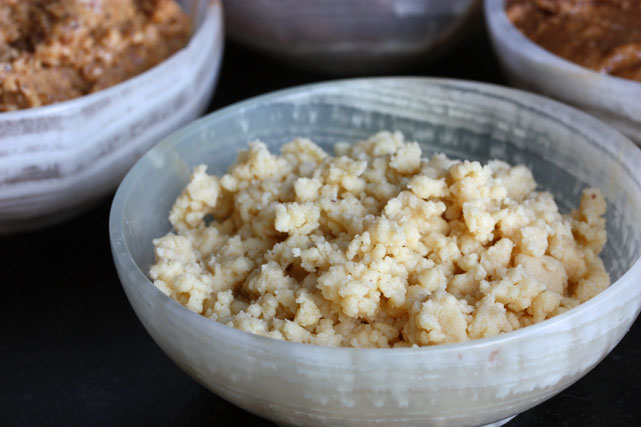 My own Homemade Roasted: Organic, dry-roasted, no salt added, made fresh at home. / Cost: $0.37/oz when almonds are on sale at Central Market.

My own Homemade Raw, Soaked, Skins Removed: Organic, raw, no salt added, made fresh at home. / Cost: $0.37/oz when almonds are on sale at Central Market. 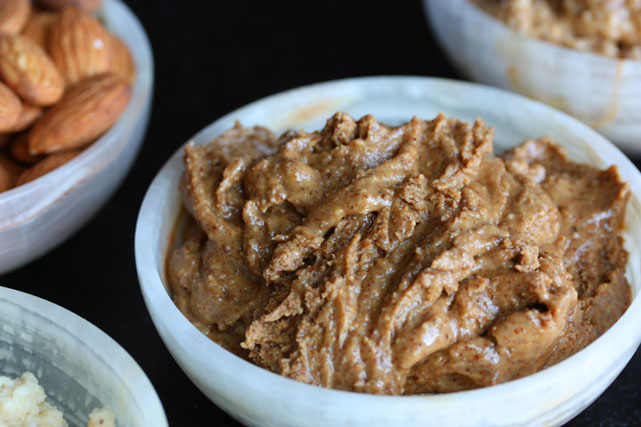 Both prepackaged brands had separated and needed to be stirred, which took some effort and skill – and I still spilled oil from each jar. I should have used this or this. I found the Maranatha to be unpleasantly sticky. Two tasters were convinced the East Wind brand had sunflower or sesame seeds in it — the label lists nothing but almonds, but didn’t make mention if the plant it was prepared in processes other nuts.

I didn’t expect to like the raw versions, but they were actually quite good! The flavor was mild, almost as if it were made of another nut entirely. Pre-soaking and removing the skins of my own raw homemade took a lot of effort, though. (Read here why raw, soaked nuts are healthiest).

What none of the brands had was that yummy marzipan flavor. Could it be that what we’ve come to think of as almond flavoring is a complete lie, a chemical fiction concocted by a food scientist with no closer relation to real almonds than Yves Saint Laurent’s Opium has to the actual drug? Turns out benzaldehyde, the chemical compound responsible for that memorable flavor in almond extract, is derived from the oil of bitter almonds — which happens to contain the highly toxic poison cyanide. Eating 20 bitter almonds will kill you. Lucky for us, heating and processing neutralizes the cyanide. And don’t fret — those old almonds in your cupboard won’t kill you either. Bitter almonds are not “regular” or “sweet” almonds gone bad; they’re an entirely different variety of almond, not sold in the U.S. for consumer use.

Next week, the winning almond dessert recipe — and more.

2 Responses to Almond Butter Taste Test: It’s my party and I’ll salt if I want to.